Masterjee is associated with many cbse, state board and isc based schools. The academic schedule is designed in such a way that it synchronises with the school curriculum. This will reduce the dual pressure on the students in preparing for both the board and the entrance syllabus.

Masterjee material is one of the best of its kind, where the problems are graded in to three levels of easy, medium & difficult. With sufficient home work problems, students can have enough work to do at home. NEET / jee based exams are conducted at regular intervals as per the schedule, with keys, hints & solutions given to students immediately after the exam. Test Paper explanation is also is also done to make sure that students know their mistakes in the exam. 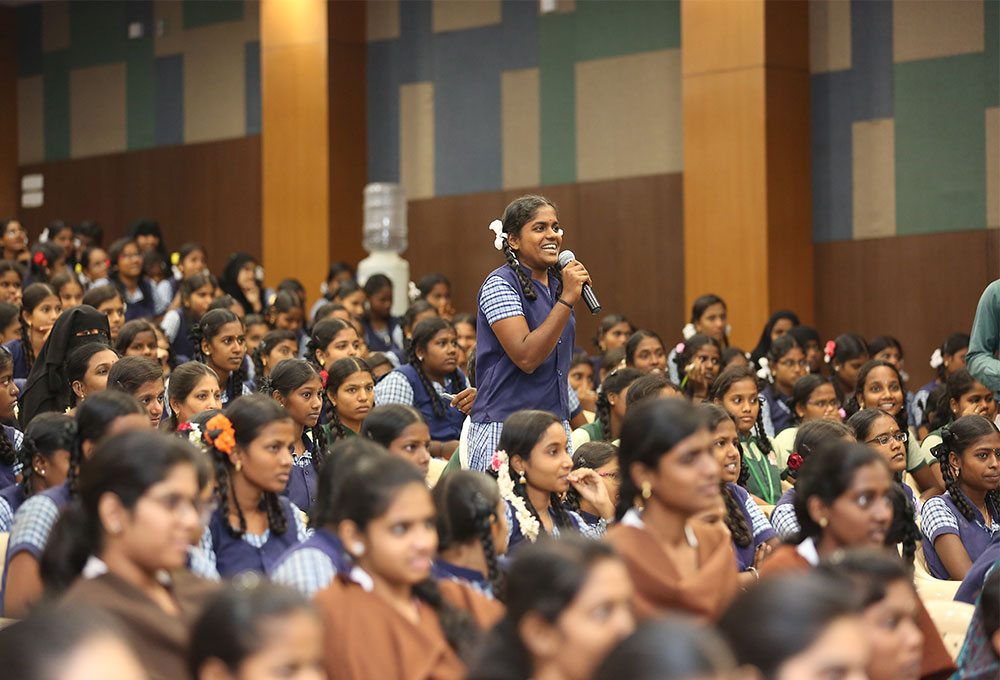 Unit test, spark test , grand tests condolidate the students subject content. Regular motivation with students make them mentally strong to tackle the neet / jee exam. This year it is observed that the tamil nadu state board students have performed fairly better when compared to their cbse couterparts. Thanks to the state government in revamping the syllabus.

Masterjee is has launched an app by which students can practise any number of online exams in both the NEET , jee patterns.

NEET was first introduced by the nda govt in 2013. Later it was made mandayory since 2016

Portions of class xi & xii are involved. Each subject of physics, chemistry , botany, zoology has 45 questions, carrying 180 marks. With a total of 720 marks. Timing is 3 hrs. Positive answer +4 while negative has -1.

As NEET is a highly competitive exam which eliminates most of the aspirants , rigorous, intensive preparation is needed every day. On an average 4 to 5 hrs hours of study is a must. NEET does not give importance to any particular board. It depends more on the students understanding of the concepts. Student of any board can perform well in NEET if he / she is thorough with the concepts. In masterjee's result there are lot of students from various boards aceiving high NEET scores. This year 12 lakh students wrote the exam. Cutoff mark was 133 for unreserved and 107 for other caste. Cuttoff mark for govt. Colleges will increase this year when compared to last year.

In masterjee not only do we grill them hard in the concepts, but also make them mentally strong to tackle the exam. We make sure that they doing more of smart work over and above hard work. Common exam among various schools makes the study more competitive as they excellent themselves in each examination. Through readying of the ncert text is also a secret of our success.

Masterjee is quite flexible in its approach according to the changing needs. We are also planning to come out with an app specially designed for training.

Most of the faculties are from Andhra Pradesh and Kerala, and are well trained to do bring out the best from the students.

Stress level in students can be reduced by making a proper plan to study and executing them perfectly. This will avoid the last minute study which normally increases the stress levels. By practising more number of exams, anxiety can be reduced.

This year highest mark in masterjee is 625 followed by 623. There are over 26 students scoring above 500. All India rank of 250 was obtained in jipmer.

Masterjee is also specialising in jee, kvpy, icar, cucet, nda exams other than NEET. We alsobcoach students of class 6 to 10 in various foundation exams, which also include, NTSE & OLYMPIADS.

Masterjee is associated with well established schools. All centers of masterjee are spacious, well ventilated with centers having ac facility...

Get the lastest app from the playstore CLICK HERE